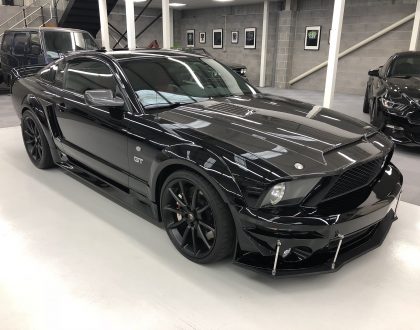 The car is pristine show condition and comes with the reg plate MC07 MUS the engine and running gear had only covered 2,500 miles prior to arriving in the UK, and had just finished being run in, The car was originally from Florida and prior to the rebuild, it had only covered 23,000 miles.